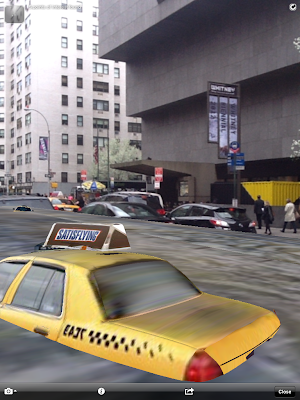 http://whitneybiennialarintervention.blogspot.com/
This site is dedicated to the augmented reality intervention that took place at the 2012 Whitney Biennial.
Artsit Mark Skwarek flooded the 2012 Whitney Biennial. The cars of New York City are slowly swept out to sea. The Whitney's lobby has also been flooded.
The project is free to the viewers with supported smart phones.
The work is viewable on the Layar App for smart phones and tablets.
Install Layar, go to the Whitney Museum and search for "AR Whitney".